#1 Barrier 2 imagineCalgary Targets? These guys get my vote...

Anyone keeping an eye on imagineCalgary Targets know they are being missed like the Flames miss the playoffs.

Solution? To begin, City Council has to take these targets seriously and become actively involved in implementing imagineCalgary. At first glance it seems logical, but the idea of placing imagineCalgary in the hands of the Orwellian Office of Sustainability is deeply flawed. A combination of bureaucracy, lack of vision (ironically), inability to truly fathom the task at hand & lack of conviction have rendered this added layer of administration ineffectual.

Add to the mix a draconian and inflexible law department, and we get a recipe for moving at a snail's pace.

Ultimately, the responsibility rests with our elected officials.

Another suggestion is to revisit the targets and update/revise them to 2011 standards via crowdsourcing and citizen engagement, which is the process that led to their creation in the first place.

Whatever direction is taken, we are losing serious ground on a vision that was, at one time, the envy of municipalities across the globe.

But, as we all know, we can make up that lost ground by acknowledging there are challenges and then addressing the issue with resolve.

Avoiding the #epicfail tag is going to require substantial diligence by all involved.
Posted by Paul Hughes at 12:44 PM No comments:

KidsFarm Institute Inc is a registered society in Alberta Posted by Paul Hughes at 1:08 PM No comments:

Every North American community should have these three concepts/principles represented in their pursuit of community sustainability. 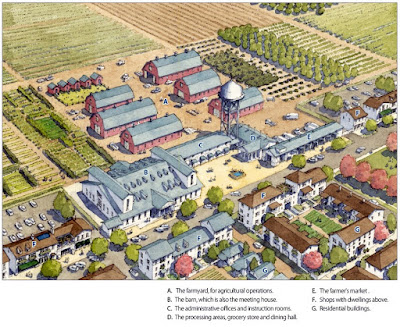 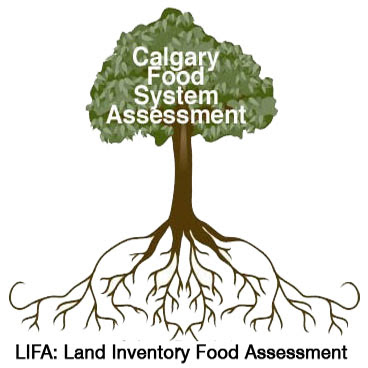 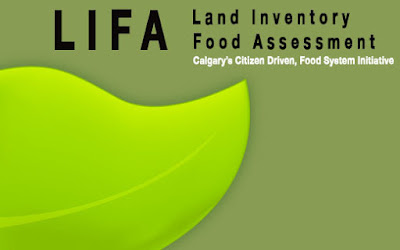 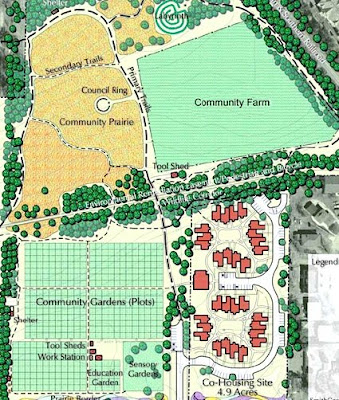 Posted by Paul Hughes at 8:08 AM No comments:

With less than 24 hours before the 2010 Calgary Civic Election, Mayor Nenshi stated that he supported an Urban Chicken Pilot Project. Now, this does not, by any stretch, suggest that he supports Urban Chickens, but he does support knowledge based data gathering on the issue.

Jump forward to June 2011 and the City of Calgary (#yyccc on twitter) Legal Department is still pursuing the prosecution of an Urban Chicken owner, Paul Hughes (me). The legal department is now directly contravening multiple imagineCalgary targets, including 6 specific food targets. The hole the City of Calgary Legal Department (and as an extension, Calgary City Council) is digging gets deeper and deeper.

Add to the mix the concept of urban, periurban and rural agrarian/agricultural urbanism transects (thx Ald. Gian Carra), Article 25 of the UNHRD, Sections 1 & 7 of the Canadian Charter of Rights and Freedom and The City of Calgary Council's own CSPS034 Fair Calgary Policy, and the YYCCC Legal Department is essentially stepping into an ambush, except there are signs everywhere indicating that it is an ambush... which means they are precariously disconnected from their own policy, legislation, governance targets and society.

1. Drop the charges against Hughes (me),
2. Resurrect the Urban Chicken Pilot Project that was so skillfully constructed by Bylaw Director Bill Bruce and his staff,
3. Pursue the facts of Urban Chickens and Urban Agriculture,
4. Immediately implement imagineCalgary Food Targets
5. Adopt Urban Ag Zoning Codes
6. Support the Calgary Community Farm Initiiative
7. Amend the draconian Community Gardening policy
8. Support the efforts of citizens working on the Land Inventory Food Assessment, LIFA
9. Catalogue all municipal land and create the conditions for citizens to easily access these areas for local food production
10. Allow the 80% of Brownfields that were formerly gas stations to be used for temporary Food Retailing, ie Farmers' Markets
11. Plant that garden at Old City Hall

We shall see how progressive our elected officials are. 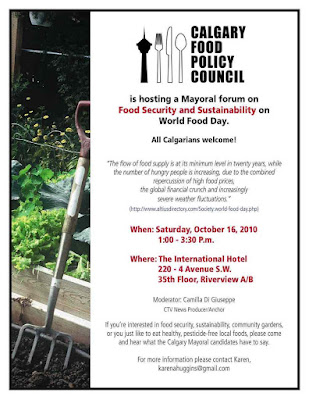 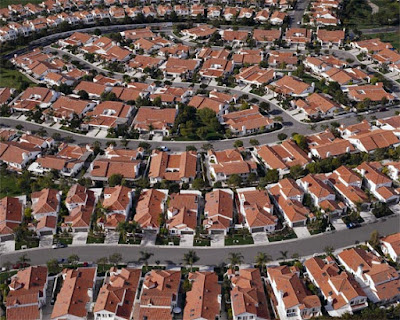 Sprawl remains the prevailing growth pattern across Canada & the United States, even though experts in planning, economics and environmental issues have long denounced it as wasteful, inefficient, and unsustainable. Sprawl is a principal cause of lost open space and natural habitat as well as increases in air and water pollution, greenhouse gas emissions, infrastructure costs, and even obesity. It also plays a primary role in the housing meltdown plaguing the nation. But is it possible to repair sprawling suburbs and create more livable, robust, and eco-sensitive communities where they do not now exist? This new book answers with a resounding "yes" and provides a toolbox of creative approaches for doing just that.

The Sprawl Repair Manual offers comprehensive guidance for transforming fragmented, isolated and car-dependent development into "complete communities." Polemical as well as practical, the manual is designed to equip readers - from professional planners, designers, and developers to regulators and concerned citizens - with strategies drawn from two decades of successful repair projects.

In contrast to sprawl - characterized by an abundance of congested highways, strip development, and gated cul-de-sac subdivisions - complete communities are diverse in terms of uses, transportation options, and population. They are walkable, with most daily needs close by.

There is a wealth of research and literature explaining the origins and problems of suburban sprawl, as well as the urgent need to repair it. However, the Sprawl Repair Manual is the first book to provide a step-by-step design, regulatory, and implementation process. From the scale of the region to the building - turning subdivisions into walkable neighborhoods, shopping centers and malls into town centers, and more - today's sprawl can be saved. Readers who have despaired of ever being able to "take back the suburbs" will find heartening news between the covers of this first-of-its-kind book.
Posted by Paul Hughes at 4:24 PM No comments:

In Defense of the Dandelion 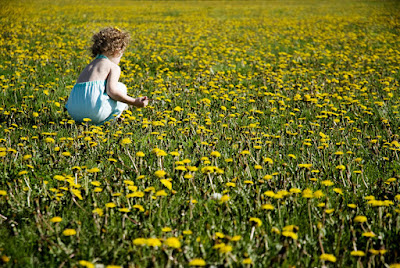 What do you think of the dandelion? Not much, right?

We’ve got this idea that this hardy little plant is a blight, and collectively we spend millions of dollars and uncounted hours waging chemical warfare against its persistent insinuations into our lawns and landscapes. It frustrates us so cheerfully and with such a sunny demeanor that our ultimate defeat is not just tactical, it’s moral. We are beaten year after year by the botanical equivalent of a smiley face. For certain scowley-faced green-lawn-obsessive guys I know, it’s infuriating.

Sometimes our own ideas ruin the world for us. While we are feverishly poisoning dandelions and pulling them out by the roots, we are often simultaneously enriching the soil of garden beds so that we may plant asters, or daisies, or marigolds, or sunflowers, or zinnias, all of which are first cousins of the dandelion in the family Asteraceae. The family name is derived from the Latin astrum, meaning star. The blossoms of the plants in this clan often have radiating petals, which give them their resemblance to our (and their) favorite star, the sun. Our notions about what’s a weed and what isn’t are what upset us about dandelions — not the flower itself.

If we can ever reconcile the green lawn guys with the dandelion, the world would be a brighter place. But getting them to lie down with their rival weed is a little like getting the lamb to lie down with the lion. (The name “dandelion,” by the way, is derived from the Old French dent de lion, or lion tooth, inspired by the jagged shape of the leaf.) What we need is a child to lead them.

Kids instinctively know that the best bouquets are made of dandelions, and the purest love (for Mom, of course) is proffered in a grubby fist clenching broken-necked yellow blossoms. Their world has not been ruined by these ideas we have about clean hands and dandelions. When these humble flowers are presented to us in this way, our dandelion delusions melt away, and we put the bouquets in vases.

Kids also are great dandelion propagators. They delight in keeping time with dandelion clocks. A dandelion clock, if your memory fails you, is the globe of fluff that replaces the sunny dandelion blossom when the plant is ready to project itself into the future. It consists of scores of paratrooper seeds borne aloft by filaments to weedless lawns downwind. You can tell time with a dandelion clock by huffing and puffing at the globe. The time corresponds to the number of blows it takes to get every seed airborne. One blow, one o’clock. Two blows, two o’clock, etc.

It doesn’t matter if two children reading their clocks side-by-side come up with different hours. It’s fairy time, don’t you know? It can be four o’clock here and six o’clock two feet away.

Our frugal ancestors, who weren’t predisposed to child’s play, also had a particular fondness for dandelions. Almost every bit of the plant has a use. Let’s start with the root and work our way up.

The long taproot can be dried and ground up for use as a serviceable substitute for good coffee and a better alternative to bad coffee — and it won’t keep you awake.

The new leaves of the plant can be eaten raw or cooked as greens. They are rich in vitamin A, vitamin C, and iron. The dried leaves can be used in teas and herbal beverages to aid in digestion.

The milky latex in the hollow stems has been used to treat warts and repel mosquitoes.

And if the sunny little blossoms don’t cheer you enough, you can make them into dandelion wine, which is reputedly a great tonic for the blood.

We can’t do any of this with grass, which raises the question: Why do we favor grass so much over the sprightly dandelion?

It’s a grudge match we will never win. It may be time to give it up.

Courtesy of Curtiss Clark & The Field Notebook, Notes from the Natural World

Curtiss Clark lives in western Connecticut with his wife, Kate, at the intersection of two country roads where many living things cross paths. He leaves home too frequently to work as the editor of a small community newspaper.

Wow... Amp Radio 90.3 (Buzz Bishop & company) have a tiger by the tail. Their contest, Breast Summer Ever, has touched a few nerves locally & nationally.

This is simultaneously a dream and a nightmare for Amp 90.3... Tremendous response to the idea, but now a huge ethical dilemma...

It will be interesting to see how this plays out. Will Amp elevate the discussion or dummy it down?

Here is one bit of info that should be considered... Amp is #1 amongst 12-17 year olds in Calgary. I know my 9 year old listens to Amp because he met Buzz... 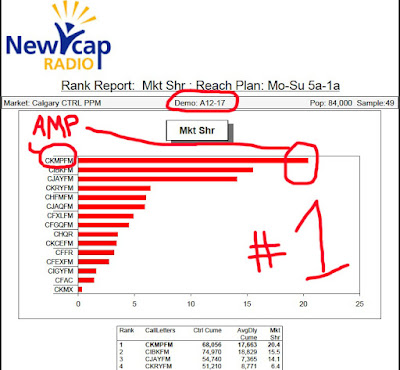 Here is another campaign that was shut down by Mattel's Barbie division... 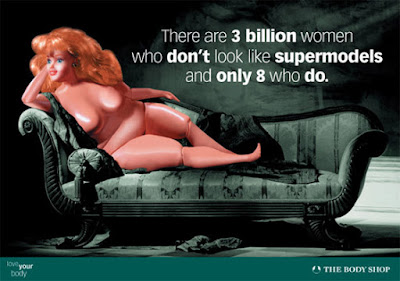 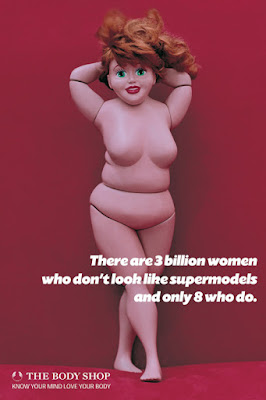 Posted by Paul Hughes at 2:10 PM No comments: 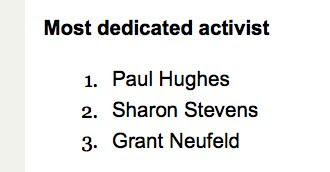 As activists we rarely receive recognition for our work... So it was a very pleasant surprise to see I had been voted Most Dedicated Activist in Calgary.

The FFWD "Award", of course, reflects the work of 100's of people in Art, Ag & Local Politics. Congrats to Sharon & Grant & Thank you, Calgary!
Posted by Paul Hughes at 2:09 PM No comments: 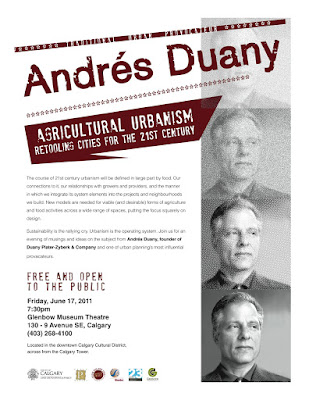 The course of 21st century urbanism will be defined in large part by food.

Andres Duany, founder of Duany Plater-Zyberk & Company, will speak in Calgary at the Glenbow Museum Theatre on 17June11 @7.30pm. This event is FREE!

Courtesy of Ward 9 Councillor Gian-Carlo Carra and his team.
Posted by Paul Hughes at 5:07 PM No comments: 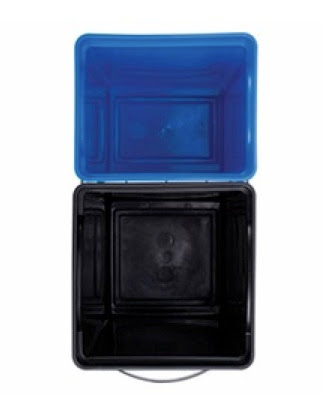 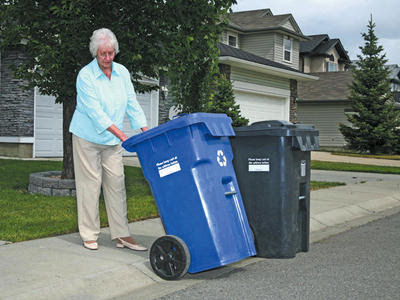 Add insert, with lids & sliding latch for specific pick up days. Get bold and add a third compartment for organics...
Posted by Paul Hughes at 2:19 PM No comments:

Playing off of the Urban/Rural Transect, Stephens Planning & Design developed this neat infographic: 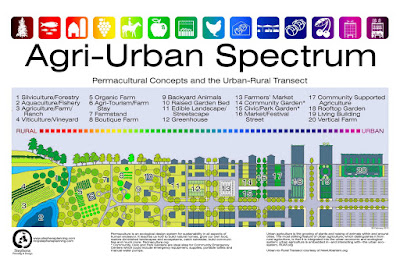 A citizen driven initiative that seeks to map out the landscape of our current local food system infrastructure and inventory all land in the city of Calgary suitable for Urban Ag and local food production, distribution and POP (retail).
Posted by Paul Hughes at 12:29 PM No comments: 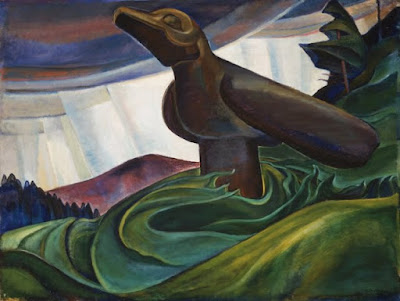 Born in Victoria on a stormy night in December 1871, Emily Carr was the last of five children. Her nickname was ‘Small’.
In 1944, The Book of Small was published. Emily died in 1945.
Posted by Paul Hughes at 1:01 AM No comments: